The 2016 Masters Surfing Championships will take place at Cape St. Francis from 19 - 22 May with the opening function on Wednesday 18 May.

The national event for surfers over 30 will take place at Seal Point for the first time in the events history.

The popularity of Seal Point as a venue means that all eight districts will be sending full teams to the event. This means that the organisers, Surfing South Africa, will have their work cut out for them in order to run a total of 102 heats in four days.

The world class right hander at Seals should play its part to help the event staff with its consistency and long, fast waves that start breaking well at less than a metre.

uThungulu Surfriding will be sending their team of hopefuls to the event to bring back some silverware and improve on their excellent runner-up position at East London in 2014.

Fred le Roux on his way to a title win in 2014 will be competing in the Over 50 Division at Seal Point. 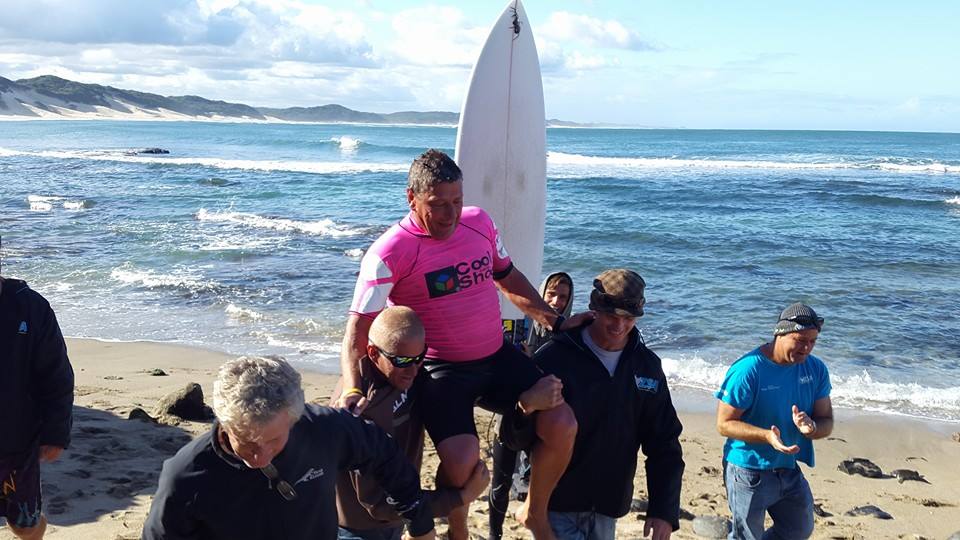 Fred carried by team mates after his 2014 win