Tuesday March 21st – The Cape Town Surfriders Grommet Team made it six wins in a row when they took overall honours at the 2017 Billabong SA Grommet Games presented by Sea Harvest and supported by Sport and Recreation South Africa.

The strong, well balanced Cape Town Grommet team posted 36414 points to beat their traditional rivals eThekweni, whose 30760 points secured them second place.The coveted Mandela Bay Trophy, which goes to the team that posts the highest points after the four days of competition both in and out of the water,was awarded to the Cape Town Surfriders team.

Eden Surfriders produced their best ever result in the twenty five year history of the Grommet Games and came fifth with 20483 points while newcomers iLembe Surfriders will be happy with their 19724 points that gave them sixth place. In recognition of their determination to select and send a team to this year’s event, iLembe were presented with the Sportsmanship Award.

Buffalo City scored 18275 to retain their sixth place and the team from Ugu Surfriders posted 14428 to finish eighth.

The Cape Town Surfriders Grommet Team’s continued dominance at this unique 25 year old event is a credit to the commitment shown by Team Management Barbara Johnson and Robert Scott and the preparation of the team by Head Coach, Craig Johnson and his assistant, Dillon Fernandez.

Over 120 girls and boys ranging from Under8 to Under16 represented eight Districts at this annual event which is Surfing South Africa's premier entry level inter-provincial tournament. Sponsorship from Billabong and Sea Harvest, and generous support funding from Sport and Recreation South Africa and the NLC along with friendly hosting by Nelson Mandela Bay Surfriders ensured that the 25th edition of the annual South Africa Grommet Surfing Games was a success once again.

Once again the event was coordinated with great skill by Event Director Shirley Fairall and her team from Nelson Mandela Surfriders while Contest Director Brian Abrahams, Head Judge Issi Abrahams and his officials did a great job over the four days of competition.

Surfing South Africa Vice President Johnny Bakker was guest of honour at the opening function and on hand over the four days to lend his support and expertise.

The iLembe Surfriders Team was awarded the Sportsmanship Trophy and Cape Town based Keanu Atkins was presented with the Judge of the Contest Award.

The full surfing and Sea Harvest Aloha Cup results and a gallery of photos are posted on www.surfingsouthafrica.co.za

The SA Grommet Games is a national tournament with a primary focus on transformation and development within the sport. Strict targets are set when selecting teams for the four days of competition. While the main focus of the event is on surfing, participation in events such as a Paddle Battle, Beach Flags and a Tag Team contest are an integral part of the Grommet Games activities.

The 2017 South African Grommet Games was presented and run by Surfing South Africa and hosted by Nelson Mandela Bay Surfriders. Surfing South Africa (SSA) is the recognised governing body for the sport of surfing in South Africa. SSA is a member of the SA Sports Confederation and Olympic Committee (SASCOC) and the International Surfing Association (ISA). 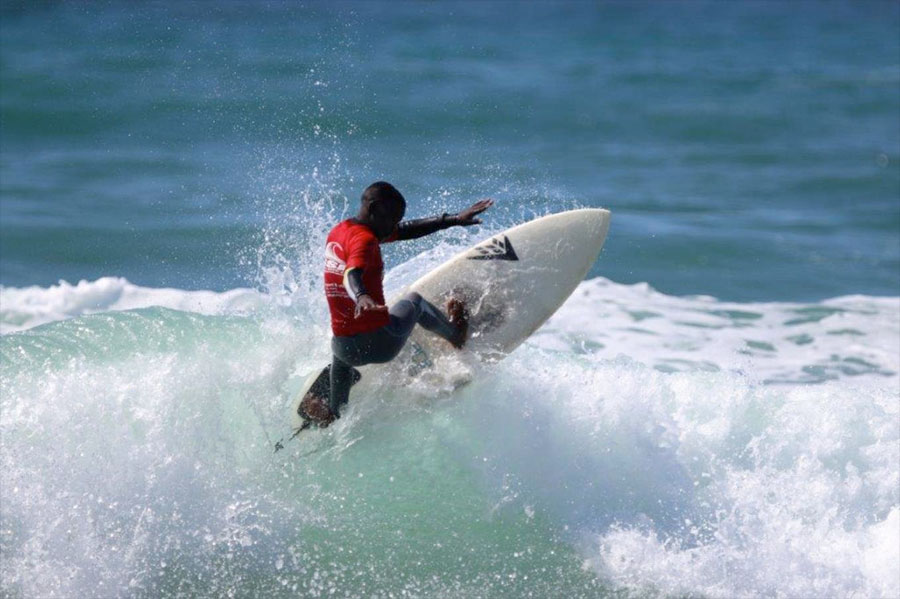